Ursa Minor
the Lesser Bear
"According to mythology, the Bears were transferred to heaven as a reward for hiding Zeus in Crete from his cannibal father Kronos. Ursa Minor was also identified with Arcas the son of Callisto, transported to the skies as he was about to slay his mother in the guise of a bear. The two Bears were also fabled to have nursed Zeus on Mt. Ida. Zeus, as a reward for their faithful service, changed them into nymphs and placed them among the stars.

Ursa Minor's chief claim to recognition lies in the universal observation of its lucida, the standard second magnitude star Alpha, known as the "Pole Star" or "Polaris" and to the Greeks "Phoenice"

The mariners of the ancient and modern worlds have placed an equal faith in the guiding beams of the steadfast star. The antiquity of knowledge of this star is attested by the fact that on the Assyrian tablets we find the Pole Star mentioned. The fact that it appears fixed was perhaps the first discovery made in the stellar universe." 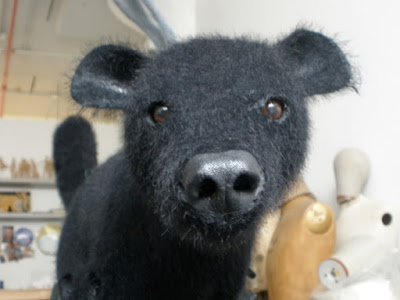 click on the Ursa Minor icon in the menu

Auriga the Charioteer
with Capella the Goat
from
You Are Here

"Allen says; "The results of modern research give us reason to think that this constellation originated on the Euphrates, in much the same form as we have it to-day. 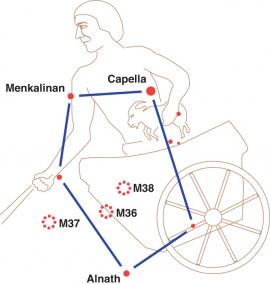 Auriga has also been identified with Erichthonius, the son of Vulcan and Minera, who being deformed and unable to walk invented the chariot. an achievement that secured him a place in the sky.

Capella means "the little she-goat" the goat which suckled the infant jupiter. The story runs that having in his play broken off one of the goat's horns, Jupiter endowed the horn with the power of being filled with whatever the possessor might wish, whence it was called "the Cornucopia" or "horn of plenty." This title is also applied to the horn of Capricornus the Sea Goat."


Posted by Ken Nintzel No comments:

The Arabs also had a consistent figure in the Bier with three mourners following. The title "the Bier" is so similar to the most universal appellation "the Bear" that we might almost suppose that the latter title was a confused rendering of the former.

The ancients associated the idea of dancing with Ursa Major and the other circumpolar constellations and they not infrequently mention "the dances of the stars" The two bears were imagined reeling around the pole like a pair of waltzers."

Click on the Ursa Major icon in the menu to view

We find many figures duplicated, and in most cases the two figures are close together in the sky. Thus we see the figures of Two Dogs (Canes Venatici), two Bears (Ursa Major and Minor), two Giants subduing Serpents (Hercules and Draco, Ophiuchus and Serpens), each in close proximity. Then there are two goats (Aires and Capricornus), two crowns (Corona Australis and Borealis), two streams and two fish bound together."


Follow this link to see the making of Leo Minor

and some of the crazy looks Leo jr has gone thru like these... 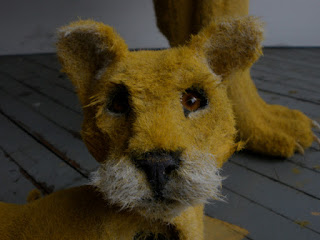 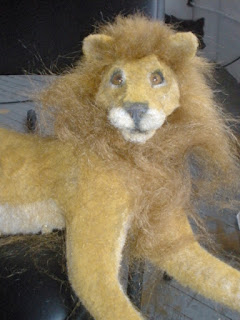 Virgo the Virgin from You Are Here

Virgo the Virgin
"Virgo is the sign the sun enters in August and was depicted in the zodiac holding in her hands the emblems of the harvest. 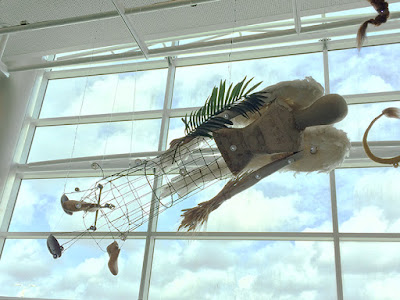 By an astronomical allegory, the Virgin of August became a goddess who descended to the earth, presided over the harvest, taught mankind agriculture, and was worshipped under various names. 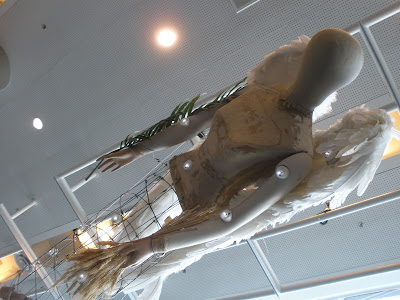 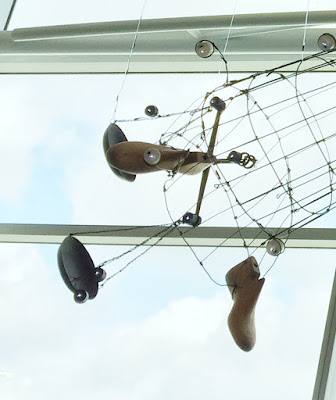 According to the poets, the Virgin is Astrea, the daughter of Astraeus and Aurora, and the goddess of justice. Near her appear the Scales (Libra) in which, it is said, she weighed the good and evil deeds of men. In the golden age she resided on earth, but becoming offended at the wickedness of mankind she returned to heaven. 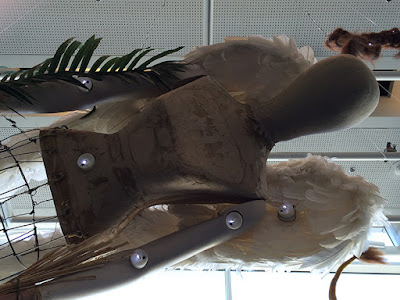 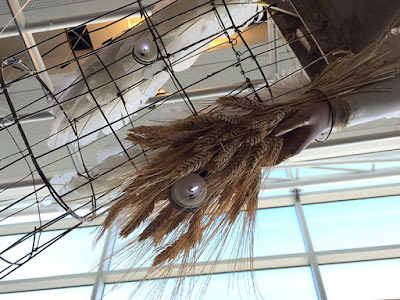 In her left hand she bears a head of wheat, or ear of corn, which is marked by the brilliant first magnitude star Spica. 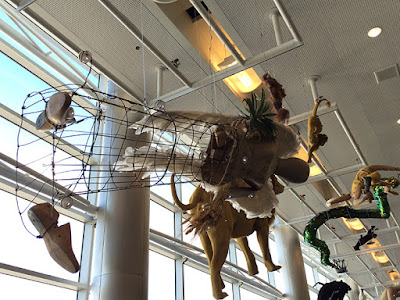 In classic times she was associated with Ceres, or her daughter Proserpine. Proserpine, so the legend relates, was wandering in the fields in the springtime, and was carried off by Pluto to be his wife. Ceres besought Jupiter to intercede in the matter, and consequently Proserpine was allowed her liberty in intervals. This myth is regarded as an allegory. Proserpine represents the seed which is buried in the earth, and in proper time bursts forth into bloom. 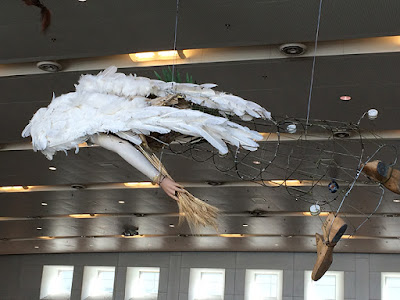 Another version of the myth is that Isis, and it was said that she formed the Milky Way by dropping innumerable wheat heads in the sky." 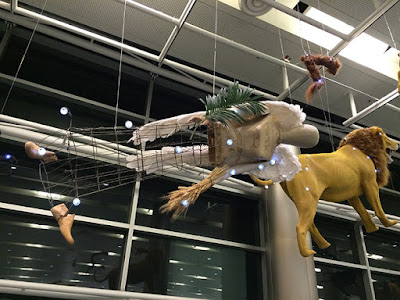 Follow this link to view the making of
Virgo the Virgin

and click on the Virgo icon in the side bar

Draco the Dragon from You Are Here

"Mythological accounts of Draco vary considerably. By some this serpent is the guardian of the stars (the golden apples) which hang from the Pole tree in the Garden of Darkness. Others claim that this was the snake snatched by Minerva from the giants, and whirled to the sky before it had a chance to uncoil, thus twisted it sleeps to-day in the heavens around the axes of the world.

The Legend relates that the serpent was slain by Hercules, and in the old maps Hercules is represented as crushing the head of the Dragon under his foot... (see image below) There seems evident reference to God's interview with the serpent in the Garden of Eden. "I will put enmity between thee and the woman, and between thy seed and her seed. It shall bruise thy head and thou shalt bruise his heel."

and click on the Draco icon in the side bar

A short video about You Are Here 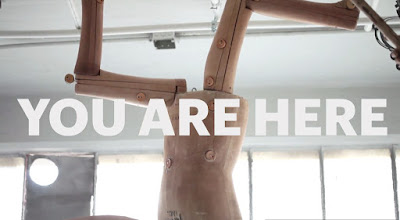 
Posted by Ken Nintzel No comments:

You Are Here, a brief description

You Are Here is a mixed media sculptural installation that recreates the constellations of the night sky in physical form, studding them with starlight and suspending them overhead to create a life-size stellarium.

You Are Here was inspired by my first look at a celestial atlas and its detailed illustrations of the constellations in corporeal form, a menagerie of wild and domesticated animals, reptiles, insects, creatures of the sea, birds in flight, symbolic objects, heroines, heroes and mythological beasts all posed in a celestial tableau. The more I looked at these illustrations the more I wanted to be among these stellar constellations, surrounded by their physical presence.


Upon studying the distinctive features of celestial atlases I discovered there are two ways constellations are depicted, the internal view, as we see them from earth looking up into he sky (fig 1) and the external view, as they are seen from above looking down toward the earth (fig 2). Seeing both these front and back views only strengthened my desire to transform the constellations into three-dimensions, completing a metamorphosis of sorts, from points of light in the sky to basic shapes to illustrated figures to physical form.


The animal constellation figures have been created through a kind of craft-taxidermy, using flocking for fur and sequins for scales among other materials.


The human constellations have been cobbled together from tailor and dress forms, wig heads, boot trees and mannequin parts

representing generic lay figures or mannequins that the viewer can project onto, placing themselves in the center of this fanciful universe.


You Are Here began as a project of Creative Capital in 2009 This accumulative installation premiered in 2013 at the Brooklyn Academy of Music as part of Next Wave Art
and is on view at the South Terminal Gallery at the Miami International Airport thru Spring 2016.

You Are Here at Miami International Airport

Stay tuned for more images from the exhibit